Always a blast talking with my good friend, Actor/Comedian and Producer, Barry Ratcliffe. On the Monday before Thanksgiving, Tola Talks goes into hyper-speed with the super high-energy Ratcliffe talking about his days in the 90’s working with Don Johnson on Nash Bridges, to his recent days on WGN’s gritty drama, Outsiders. Not to mention Rich’s dogmatic talk about positivity always rules over negativity, specifically as it relates to the current witch hunt for Hollywood’s sexual predators, Serena Gomez getting bashed for lip-syncing at the AMAs, and hometown heroin overdoses. 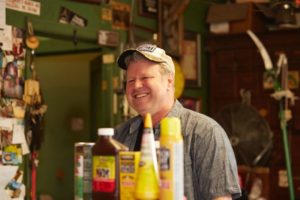 Plus there’s more including protecting the world’s endangered species and #BeKindtoElephants, fitness tips for the holidays and movies flashbacks – talking Men in Black (1997) and George Clooney’s The American (2010).