Author, filmmaker and modern-day yoga master, Rich Tola, has been creating mindful and motivational content across all media platforms since 2006. A SAG-AFTRA member since 2009, Rich has also taught his fitness style of Tola Yoga to more than 3,000 classes in 11 cities throughout the United States. His motivational book, How to Drink from the Fountain of Youth: 30 Steps to Everlasting Youth,  provides step by step instructions on living healthier and happier and is ideal for anyone looking to lose weight, feel more energized, be more confident, define their personal goals and aspirations, plus grow mentally as well as improve their entire outlook on life. Winner, The Firebird Book Award (April 2021) in two categories: Aging and Mind/Body/Spirit. 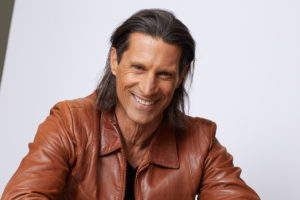 Upon completion of his yoga-inspired film, Boulevard Zen, Rich also founded The Boulevard Zen Foundation, teaching the benefits of yoga to women and children survivors of domestic violence.

His reality TV series pilot, YogaStyles of Rich and the Almost Famous, is where yoga meets history throughout the streets of Chicago, while his short films, Skateboard Bandits and Zen Diaries: The Lockdown, were both winners at the 2019 Global Shorts Awards.  Chicago was also where he created Tola Yoga, designed to give students of all levels the best yoga workout in the world. Rich also enjoys rocking-it on the airwaves with his personal and poignant talk show, Tola Talks 2.0, aka his “21st Century Talk for a No Bullshit World”. 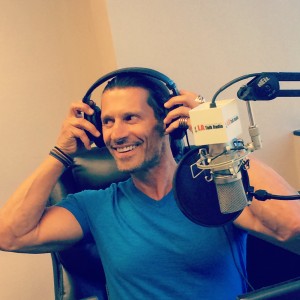 From humble beginnings in Trenton, NJ, the son of an old-school Sicilian barber, Rich graduated from The University of Pennsylvania (Wharton) and received his MBA from Northwestern University (Kellogg). In the 80’s, he was an All-Ivy League baseball player who worked for Wall Street juggernauts Goldman Sachs and Drexel Burnham Lambert before living in Hong Kong, Singapore and Malaysia as an International Bank Consultant. In the 90’s, he was a top-producing New York City real estate broker and high-flying Internet entrepreneur securing The Trump Organization as his first strategic client. In the early 2000’s, Rich was an award-winning real estate broker and developer restoring historic landmarks throughout inner-city neighborhoods. On Valentine’s Day 2006, Rich took his first acting class in New York City and has never looked back. 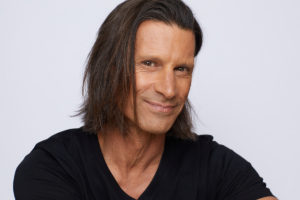 His entertaining memoir, Simply Between Millions: From Wall Street to Hollywood, takes you on a wild and witty ride from the heights of Wall Street to Hollywood’s Boulevard of Broken Dreams. It’s a fast-paced book with a heartfelt story about perseverance and spiritual awakening, and as one reader puts it, “a wildly entertaining and inspirational book on life never getting you down – even when you’re down!”

Mindie music video of yoga poses filmed throughout the streets of Hollywood.