How to Drink from the Fountain of Youth: 30 Steps to Everlasting Youth

This book is ideal for anyone looking to lose weight, feel more energized, be more confident, define their personal goals and aspirations, plus grow mentally as well as improve their entire outlook on life. It’s also for aspiring Millennials still searching for their calling and for the Baby Boomers who finally have the money but not the motivation to pursue their passion.

Most importantly, the guiding principals that Rich Tola details in his new book are inspiring, insightful, practical, wise and most importantly, achievable by anyone who has the burning desire to turn back the hands of time…like Tola has done for the past 50 years!

“Rich Tola’s chapter by chapter self help advice is an inspirational and motivational book that should be read by anyone who wants to be their best self and live their best life (seems like a read that Oprah and Deepak Chopra would like)!

What I love about this quick read is that it equates youthfulness with a persons mind, body, spirit and energy. The author defines aura and emphasizes the importance of keeping it vibrant! He also explains how passion and kindness are both energies that others can feel. He’s had several successful careers and is able to write from experience. He gives very practical and wise advice that he has gathered from everywhere from his father to the ancient Greeks, to hypnotherapy, to Winston Churchill to his Ivy League education.

With a friendly, inclusive and encouraging tone in his writing, Tola is sharing an approach to life that has allowed him to feel youthful, successful and happy! At age 57, he feels more than 2 decades younger than his actual age and even in reading him without meeting him, his youthful energy feels contagious! He is living proof that the 30 steps he speaks of are 30 disciplines that get positive results.” – Andrea B.

Available in paperback and eBook (English & Chinese) plus AudioBook 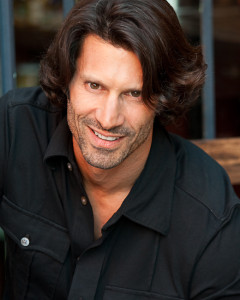 Simply Between Millions: From Wall Street to Hollywood

“What an incredible story! I never wanted to put the book down. This book is witty, funny, charismatic, intriguing, inspirational and extremely heartfelt.” – Sharon F.

“The book was honest, very heartfelt and showed Rich’s vulnerable side. It’s fast paced and raw with passion for life and finding the rainbow!” – Megan T.

“Think Big! Rich Tola never gives up! Says it like it is and doesn’t hesitate to give back as much as he gets. Inspirational book on life never getting you down, even when you’re down!” – Jeanie M.

“Well written page turner! It’s like peeking in the window of someone who’s not afraid to live life to it’s fullest, a fun, juicy story and very inspirational. I loved it!” – Bobbi S.

“Rich is the real deal! This book is about his journey through two worlds and the cast of characters who shaped and influenced him along the way! On the surface, is is a wildly entertaining book. On a deeper level, it makes you rethink what it means to be happy, successful, fulfilled, and ultimately at peace with your decisions.” – George G.

“It was a fantastic read.” – Dan Brady

“10 years ago my net worth was $10,000,000; today it’s zero. I’ve spent the past 5 years in Hollywood, to pursue “a calling”. My colorful memoirs are wild and inspiring, from a three year-old Sicilian boy hanging around his father’s barbershop in Trenton, NJ, to the former Wall Street Junk Bond salesman – and boy-toy for married women – turned actor/filmmaker and yoga teacher looking to fulfill his destiny. I’ve traveled the globe and seen it all – and I tell it all.”

So what does it take to go against conventional wisdom, to gamble your entire life’s savings and turn your back on millions from Wall Street, to pursue a lifelong dream in the “nobody makes it here” world of Hollywood? The answer: balls, courage, and a “helluva lotta” perseverance! 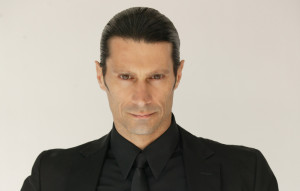 GIVING UP MILLIONS FOR A LIFE OF PEACE

That is one of my favorite film quotes of all times – it comes from Scarface, written by Oliver Stone. Oliver has taught this message in many of his films. It never came across as clearly as it did in Wall Street.

Charlie Sheen’s character, Buddy, was overwhelmed and attracted to the money, the power, the booze, the sex, the drugs, and the limelight – all of which came in excess and by the end of it all, he realized it came at a high price.

One thing that we never see at the end of Wall Street is Buddy’s sense of redemption. Yes, there was a bit of a crowd pleasing moment when he defeated the great Gordon Gecko. That merely means that he took the first step in going back to the doing the right thing.

What about his soul?

Just because he no longer has the financial success that he once had, it doesn’t necessarily mean that he isn’t rich – or even that he won’t be rich again. This time it’ll be different and on his own terms.

Of course now, we’re talking about a completely different individual.

He was that hot shot Wall Street guy – more or less. The cool thing about Rich is that he wasn’t committing crimes.

Rich hit a total net worth of $10 million at the height of his career. His life was a cesspool of sex, booze and business deals. It all came easy to a young, good looking guy who sold stocks for Goldman Sachs and junk bonds for Drexel Burnham Lambert on Wall Street back in the 1980s.

So what was the catalyst for Rich’s change to a Zen based lifestyle?

“I had an epiphany one day while I was walking down the street.” Rich said. “I saw this sign that read ‘One Full Yoga session for $20.’ So, I went in and it changed my life. I started to meet people whose driving force in their lives was not their financial gains. Their lives were not dedicated to and all about the money. Their lives were about open-heartedness, being kind, compassionate and being in the present.”

According to Dictionary.com, Yoga is defined as the “attaining of liberation from the material world and union of the self with the Supreme Being or ultimate principle.” Achieving a control of the body, mind and tranquility is exactly what Rich’s soul had cried out for. He didn’t know that it needed that, but our mind and spirits will manifest a particular need or desire in ways that you might not be aware of – ways that are beyond our control.

“This is different, these people are happy with just being here. It wasn’t about the size of an apartment, what car they were driving – I was spending $500 a month to park my car. It was crazy! It totally changed my life. Within 6 months, I was going every single day. Within one year, I had become a full time yoga instructor. I went into acting and 6 months later I went to Hollywood.”

Rich had found solace in his discovery of a life that wasn’t about money. At heart he wasn’t the capitalist that he thought that he was.

Rich has written a book chronicling his journey – a journey that spans more than 40 years of a life that has been exciting, risky, and sexy; one that many could only dream of having. You and I might have only lived this out through watching the film Wall Street.

Simply Between Millions: From Wall Street to Hollywood takes you on a journey that you can relate to. There are those of us who would give anything to be able to leave what we do on a daily basis to be able to find solace in our lives through our passion. Rich has found two passions – his careers in acting and in helping people find the peace that he did through yoga.

For most people, it’s hard to imagine having a net worth of $10 million, but even more difficult to imagine falling from there to becoming penniless — in less than 10 years. Losing it all, however, sometimes is part of a journey to find your true calling.

Rich Tola, who attended the University of Pennsylvania’s Wharton School and received his MBA from Northwestern University’s Kellogg School, is a native of Mercer County and recently released his memoir, Simply Between Millions: From Wall Street to Hollywood.

The book chronicles his wild ride from a working-class background outside Trenton to playing baseball at Penn and working on Wall Street. He shares his coast-to-coast escapades, yoga, deal-building, breaking hearts and how extreme wealth isn’t the key to happiness.

An Ivy League graduate and financial executive, Tola’s gritty, sizzling ride through two colossal worlds with billion-dollar players, Wall Street and Hollywood, his book includes a look at a wild life most will never see — including growing up a Sicilian boy in an old-school Italian family, the impact of the “cute boy” syndrome, Wharton and Kellogg business schools, endless expense accounts, dozens of personal relationships, the dot-com and real estate boom and bust, wild yoga retreats, casting auditions, drunkenness and sobriety, and spiritual awakening.

His dream was to move to Hollywood and act, write and produce movies. In 2006, he did just that. “Since I began my Hollywood career in 2006, I promised myself I would I keep creating — whatever it is — so I would keep honing my skills as an artist and an entertainer,” Tola said.

He has produced movies and yoga videos, and he is working on a screenplay and hopes to be casted on a Reality TV show. He said his creative pursuits keep his mind sharp, his heart happy and his spirit positive. It’s not all about having material wealth, he said.

“Writing a book was a continuation of my creative efforts that also quenched my desire to inspire and entertain people with a good story,” he said.

Mostly, he said, he hopes that this autobiography helps people find the inner strength to pursue their true life’s calling. “I hope my life’s journey inspires people to take action and make a difference in their own lives,” he said.

As recent college graduates are embarking on their new careers, Tola suggests they determine what their true quest is — what do they really want to be doing, and he said they should follow that path instead of one they are expected to follow.

“Start small, read everything you can about your dream career, work for free, become friends with other people in the industry, get involved and go to events, research trends and increase your knowledge base until you’re certain it’s the right calling for you,” Tola said. “All goals and aspirations are achievable if you commit enough time and energy and learn to love it. Because if you truly enjoy the process and stay committed to the journey, then the right opportunity will present itself and you’ll be on your way.”

Buy it on Amazon

Buy it on Audible