Two more weeks until we wrap up this rate-hike laden, crypto market crashing, war torn Year of the Tiger, so it’s time we buckle in and finish strong everyone. That is to say, stay healthy and positive and focused in the final inning of 2022, and most importantly, stay committed to your fitness.

Another day, another workout is my motto. Because keeping your Temple, i.e., your physical body that’s harmonious with your mind and spirit, is paramount to keeping you primed to finish strong in everything you do.

And not to be forgotten are all those small victories you’ve achieved throughout the year, whatever the successes or positive outcomes earned – or perceived negative outcomes that will prove to be rewarding nonetheless. Be sure to acknowledge them and savor them and celebrate them for what they are: small victories in the war of life.

Happy Holidays everyone, may peace be with you.

PS – Click HERE to buy the best motivational stocking stuffer on the Planet – at least I think so – and get your workout in! Peace – R 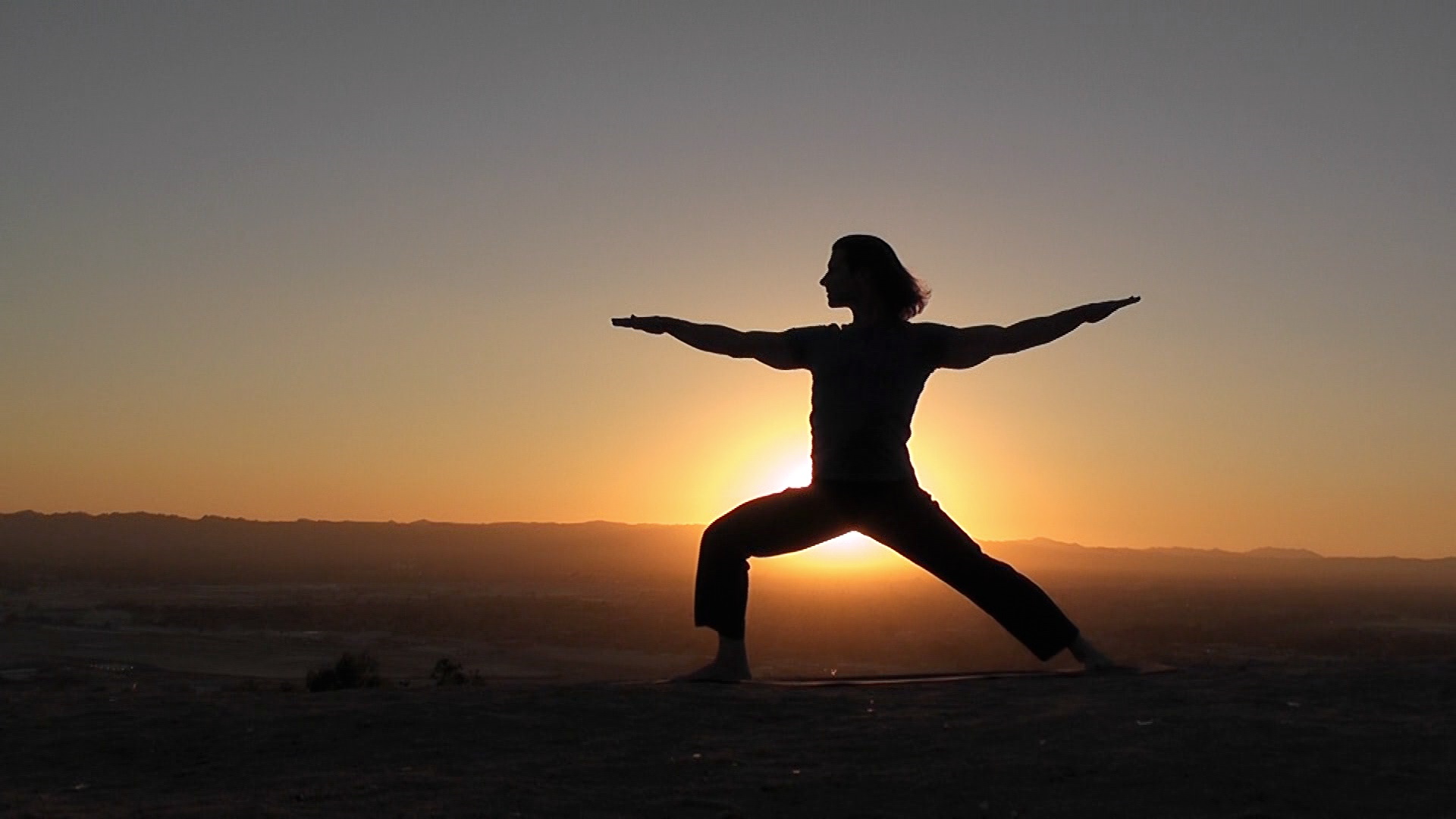 We had such a great time on Halloween that I decided to teach a weekly Tola Yoga class on Zoom every Saturday from 9-10a (LA time), through Christmas 2020.

No doubt if you take the class – and read my book – you’ll be that much closer to Drinking from the Fountain of Youth. Go to Zoom.us and “join a meeting”

Have an awesome week and I’ll see you on the mat! Peace – R

Just like it’s best to always think positive and never give up when it comes to How to Drink from the Fountain of Youth, the same goes for change: best to embrace change as “a good thing” when it comes to, well, just about anything.

So get ready for some exciting changes with a new podcast studio for Tola Talks 2.0 and some free Tola Yoga classes on Zoom…coming soon!

Get your workout in everyone, and I’ll see you on the mat. Peace – R 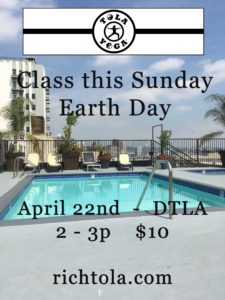 Hey everyone, this Sunday is Earth Day 2018, a perfect day to cleanse and re-energize your body and your mind, and of course, enlighten your soul.

But wait, isn’t that a fancier way of saying, “a great day to work your butt off with another challenging Tola Yoga class.” No doubt.

So bring your yoga gear, swim suit and towel this Sunday, April 22nd from 2 – 3p.

Any questions? Email me: info@richtola.com

I’m very fortunate and grateful for having reached my 10th anniversary teaching Yoga to more than 25,000 students in over 2,000 classes throughout the United States. To celebrate, the lovely Lauren Accardi joined me for another challenging Tola Yoga class filmed at the super cool Damen Silos, also the site Michael Bay’s Transformer’s 4 and The Namaste Five class from YogaStyles of RICH and the Almost Famous: Chicago.

Love this one! Peace – R 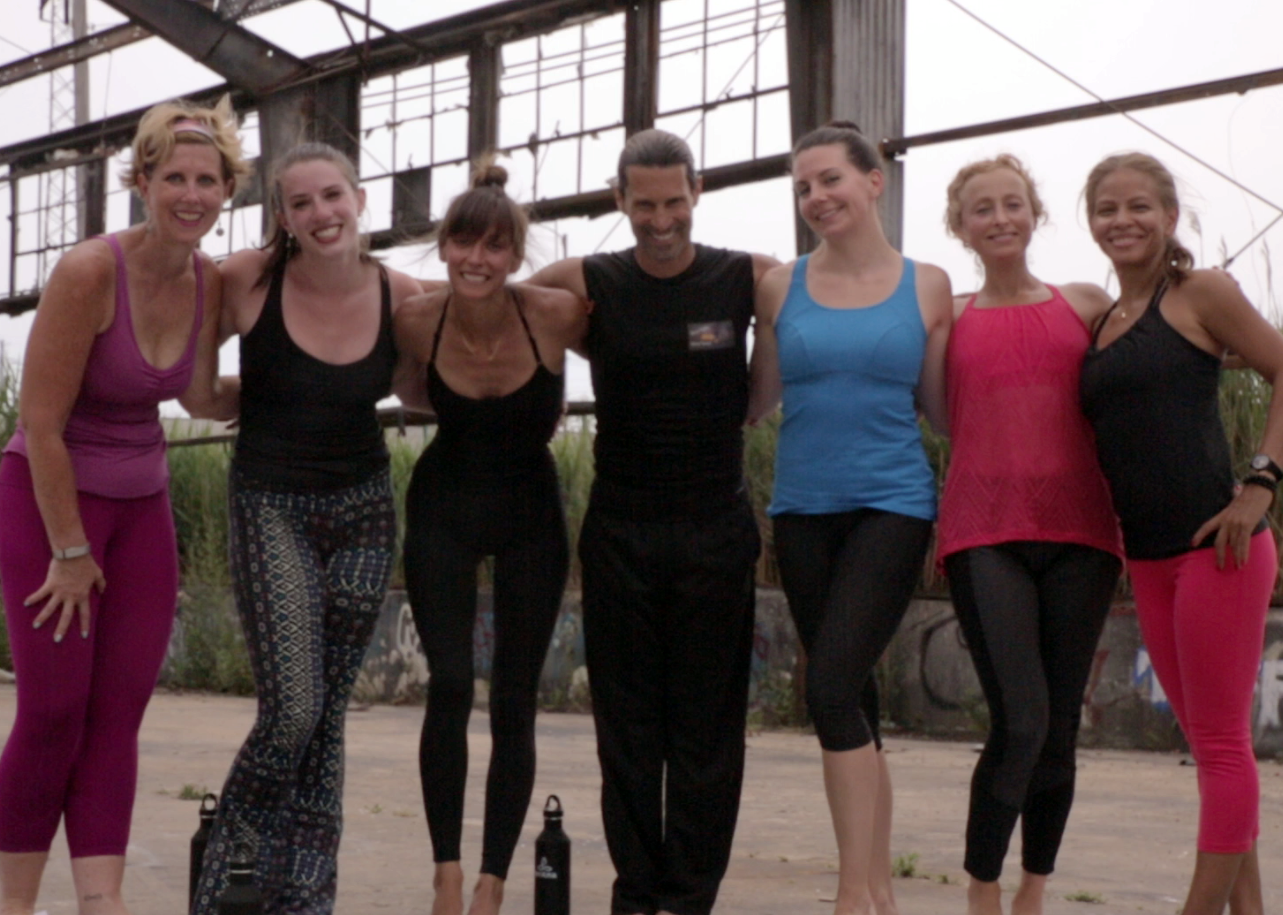 YogaStyles of RICH and the Almost Famous Sports prAna Attire

Chicago, IL: As the cast and crew of the new Reality TV series, YogaStyles of RICH and the Almost Famous, gets ready to film their Pilot episode throughout the streets of Chicago, the show’s creator and world’s greatest Yogatainer, Rich Tola, exemplifies that good fortune can also be derived from the clothes you wear.

For Rich and his band of rockstar yoginis who plan to inspire audiences with his one simple mantra: Yoga…Anyone, Anytime, Anywhere, that means doing so while wearing versatile, stylish, vibrant and sustainable clothing designed and manufactured by prAna.

“We’re super excited to be wearing prAna in our Chicago premiere,” says Tola. “And it’s quite serendipitous to say the least, because in 2005 when I purchased my very first Yoga apparel it was prAna. That’s right, a pair of recycled wool capris for men and an organic cotton shirt displaying these two very simple, yet very powerful words…Be Present.”

Rich and his band of beautiful “Yoga babes” appropriately called The Namaste Five, will stylishly demonstrate challenging Yoga poses and sequences with Rich leading the charge. While most of his teaching will be done to unsuspecting residents and tourists nearby historic landmarks and major attractions, Rich and his prAna-clad yoginis will take you to a new level, “We’ll show you how to make the hard stuff look easy and look good at the same time,” Tola said.

Yoga expert and lifelong fitness virtuoso, Rich Tola aims to teach everyone on the planet the fundamentals of the 6,000 year-old practice with his unique, workout style of Tola Yoga. “It doesn’t matter where you are or what you’re doing, anybody can benefit from five minutes of Yoga, and I will prove that. Fire up your body and fire up your day with a simple Warrior II or Triangle pose, plus it’ll help reinforce a clear and positive mindset,” declares Tola.

Since becoming a Certified Yoga Teacher in 2006, Rich has taught more than 25,000 students in over 2,000 classes throughout the United States. He has also produced nearly 30 hours of instructional DVDs including his film, Boulevard Zen, and his video encyclopedia of 100 Yoga poses, Rich Tola’s Yoga Survival Guide, including Bus Stop Yoga, Traffic Yoga, Office Yoga, Shower Yoga and Watching the Ellen Show Yoga.

Check-out yesterday’s Tola Yoga class LIVE on Periscope. 45 minutes of Yoga that anyone can do! And a special thanks to our wonderful Yoga student showing you precise poses, Elif Pilicer.

Have an awesome weekend everyone, and tune-in this Sunday at 1p (CT) for our Tola Yoga by the Lake class on Periscope.tv/richtola, including Vika, Lauren, Amy, Rhonda and Stephanie.

Thanks again to all who came out to support our amazing Stand-up comedians and the Nikki Love Project at Two Hearted Queen this weekend. Great times, great laughs, great music!

Have an awesome week everyone, and tune-in this Wednesday, May 11th at Noon (CT) for another 45 minute pop-up Tola Yoga class – LIVE on Periscope.tv/richtola. Peace – R