Tola Talks with fashionista Valeria Goncharova Barrett. On Throwback Thursdays, Rich takes us back to the highlights of 2001 – Including a tribute to the Heroes of 9/11. 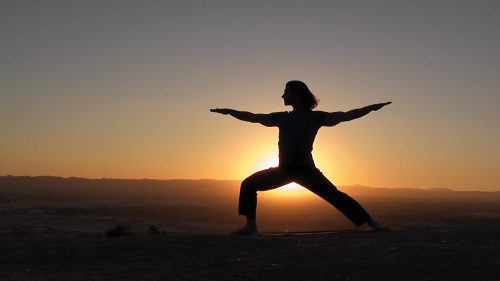 Looking for a way to find great joy or happiness in your life (i.e, your Bliss)? What about Yoga, and more specifically, what exactly is this 6,000 year-old Hindu philosophy that prescribes a course of physical and mental disciplines defined by the Yoga Sutras and the 8 Limbs of Yoga? 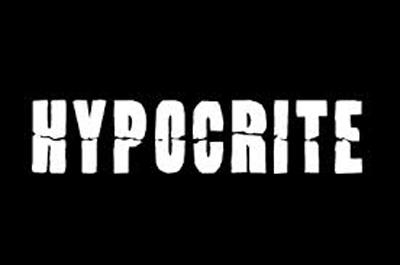 Hypocrisy is a slow, painful cancer to the soul, so whatever you do, Don’t Be A Hypocrite. Here’s 6 reasons why with a little help from Academy Award winner, Ben Kingsley, and the cast of Sundance Film Festival’s Audience Award winner of 2008, The Wackness.

By the time you’re 10 years old your subconscious has formed and thereafter differentiates between acceptable and unacceptable behaviors. For example, if you grew up with a mother or father who was a big drinker or smoked cigarettes, then your subconscious considers these activities (or bad habits) as acceptable behaviors. Behaviors that are more easily adopted by you because they’re acceptable to you. Thus, if you experienced or witnessed domestic violence in your youth – like more than 10 million children do in the United States every year – then domestic violence has permeated your subconscious and has become acceptable. Not good. Actually, it’s pretty pathetic that a child unknowingly accepts domestic violence at no fault of their own. It’s also pretty pathetic that a child has to identify the concept of LOVE with such traumatic visual and emotional experiences. And it’s horrible on the child’s mother (or father in some cases), to experience the physical, mental and emotional poison of domestic violence. Poison because domestic violence permeates a victim’s body, mind and spirit, oftentimes causing irreparable damage. Damage to the victim’s self-confidence and self-esteem.

That’s why my charity, The Boulevard Zen Foundation, is striving to bring the benefits of yoga to women and children survivors of domestic violence – everywhere. To help rebuild their SELF, because yoga is all about the SELF, and to teach these women and children how to respect their minds and bodies with the amazing physical and lifestyle benefits of yoga. Our compassionate and well-trained teachers also lead by example and serve as a living testament to how anyone can better themselves with the help of yoga.

Over the past year I have personally taught more than 100 women and children living in domestic violence shelters. I know that look in their eyes that says “I’m not good enough” and “I can’t do it”. A look that I’ll always counter with, “Yes, you can do it, and yes, you can believe in yourself”. Because I do and I know they can. Be well, believe & achieve! – R

The other day I met a bodybuilder who said he tried yoga and hated it because it made him “feel uncomfortable”. I responded with just one word, “exactly”. Simple put, yoga demands you to get comfortable with feeling uncomfortable.

If you ever tried yoga and immediately began to fidget and squirm your way out of your first downward facing dog, you know exactly what I’m talking about. Because the physical practice of yoga (the asanas), put your body into challenging positions that will QUIET your MIND and get rid of all that mind chatter. Of course we know what mind chatter is, right? It’s that inner conversation you’re having with yourself about anything and everything that’s going through your mind. Including the discomfort you’re experiencing in a particular pose – including the simplest of down dogs.

When the ancient yogi’s practiced 6,000+ years ago, yoga was embraced as a culture that included the art of positioning their bodies into asanas (poses) for long periods of time to cleanse themselves and to reach a higher enlightenment, aka, nirvana. Yoga was revered as a lifestyle seeking union with the Supreme. Yoga also enabled it’s male practitioners – since women weren’t allowed to practice – to quiet their bodies and their minds while focusing on one particular object for an extended period of time. No matter the feelings of discomfort. Today most people think yoga is either just stretching and meditation, or some kind of body-twisting exercise that’s really good for you but really hard to do. And the really hard to do part usually has something to do with not wanting to endure discomfort – for any period of time.

So if you’re anything like our bodybuilder friend and don’t like feeling uncomfortable, keep your yoga workouts short and sweet with just 5 minutes a day. Soon you’ll get comfortable with feeling uncomfortable, and you’ll truly begin to experience the benefits of yoga. And always remember that pain is bad and discomfort is good. So enjoy some good discomfort with our upcoming FAT BURN AMERICA TOUR: 100 Cities in 100 Days, Hollywood Walk of Fame Preview! – R

The Boulevard Zen Foundation teaches the benefits of yoga to women and children living in domestic violence shelters. That’s why we’re going on the FAT BURN AMERICA TOUR: 100 CITIES in 100 DAYS, to inspire Everyone to workout with us Everyday for 100 straight days at historic sites in all 50 states! And to help The Boulevard Zen Foundation raise funds to teach women and children survivors of domestic violence, Everywhere.

And you don’t have to take a yoga class to get these benefits. Keep it simple and practice a little each day. And here’s me teaching the women and children living at the domestic violence shelter in San Diego. Enjoy and don’t forget to get your workout in! – Rich

Check out the full length Hollywood Sneak Peek. We’ll be doing this in every City!

We’ll soon begin a 30,000 journey across America visiting all 50 states – 100 Cities in 100 Days – to raise money for my charity, The Boulevard Zen Foundation. We teach yoga to women and children living in domestic violence shelters. Ambitious? Yes. For a great cause? Yes. Impossible? Certainly not! I expect it to be life changing. For all of us, as well as all of you because we intend to EDUCATE, INSPIRE, EMPOWER and ENTERTAIN you with cool, trivia-filled workout videos from historical sites everywhere.

Here’s me teaching the women and children at the San Diego domestic violence shelter: