We’re gonna rock the house tomorrow night with these Royally talented women of comedy! If you’re anywhere near Chicago, bring your family for some awesome Stand-up, Storytelling and cool Christmas Caroling. Not to mention a fine solo performance from Violinist Emma Smoler!

Saturday, December 12th from 5-7pm at Two Hearted Queen. Hope to see you there – R 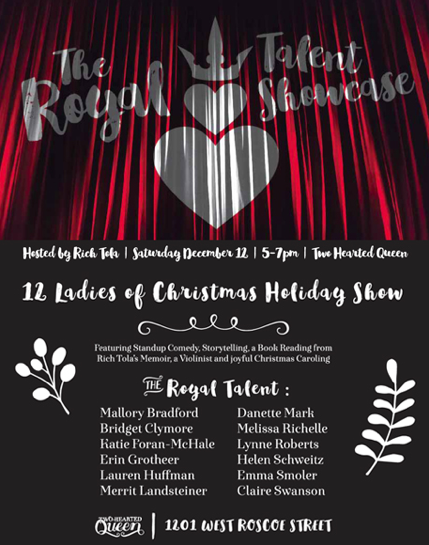 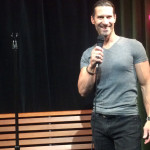 Tola Talks about the need to get stoned to figure out Joaquin Phoenix’s new movie, Inherent Vice. On Movie Monday, Rich reviews the 1970 comedy-drama-romance-mystery or whatever else you want to call this Hippie-Stoner film, plus talks about how anyone can delete an evil Vice from their lifestyle. Weekdays on youtube.com/tolatalks.  All social: @richtola

Tola Talks about selfish doctors taking operating room Selfies, North Korea’s internet goes down and the US economy is booming, plus the Get Your S#!T Award goes to the jackass in Tennessee who pulled a gun at a McDonald’s because they forget his cheeseburger. On Top 10 Tuesday, Rich also give us The Late Show with David Letterman’s Top 10 Things You Don’t Want to Hear on Christmas Morning. Weekdays on: youtube.com/tolatalks.

Tola Talks about The Big Bang Theory & The Best of the Best in Sports Social Media, Kirk Douglas & Judi Dench, LeBron James & Jeremy Lin, Neymar & Cristiano Renaldo, plus the Get Your Sh#! To Together Award to the VP of Korean Air over Macadamia nuts. On Top 10 Tuesday, Rich also give us his Top 10 Stocking Stuffers for under $20.