Tola Talks about the Top 10 Common Foods You Didn’t Know Were Genetically Modified. Plus, a special Happy Birthday shout-out to Mom and RIP shout-outs to Sam Simon, co-creator of The Simpsons, and the 10 victims of the survival-themed French Realty show, Dropped.

If you haven’t done so already, then add some IRON to your diet. And I do mean the chemical element with the symbol Fe. That is to say, IRON in the form of dumbbells and free weights. Because a well-balanced Daily Fitness Program includes weightlifting to keep your muscles tone and strong.

All it takes are some dumbbells and a flat bench – or an ottoman will do – which you can likely buy on CraigsList or eBay for a ‘song and dance’. The dumbbells you can store under your bed and the bench or ottoman becomes and part of the decor. Then off you go…with a fool-proof way to spend a quick 30 minutes on a great workout…without ever leaving your bedroom. Who can say NO to that?

No BS here folks. Just another way to respect yourself with another one of my sure-fire ways of getting your daily workout in without spending a lot of time and money. A mouthful, I know, but it’s true.

And if you need some expert instruction on proper posture and technique when exercising with dumbbells and a flat bench, check out Lesson #9 – Weight Room Yoga and my Yoga Survival Guide.

There are 30 fun lessons about 5 minutes each, filmed throughout the streets of Hollywood including Walk of Fame Yoga, Shower Yoga, Bus Stop Yoga, Zoo Yoga, Traffic Yoga, Beach Yoga and the advanced balancing class I call, Prison Yoga, dedicated to Lindsay Lohan the day she went away.

This was the last thing I said to the twenty-something year old subway rider I met on the Red Line in North Hollywood last night. I was returning home from a day at the beach with my friend Sara (a rather impromptu visit, thus my jeans and Calvin’s) when this really large dude started speaking to me. 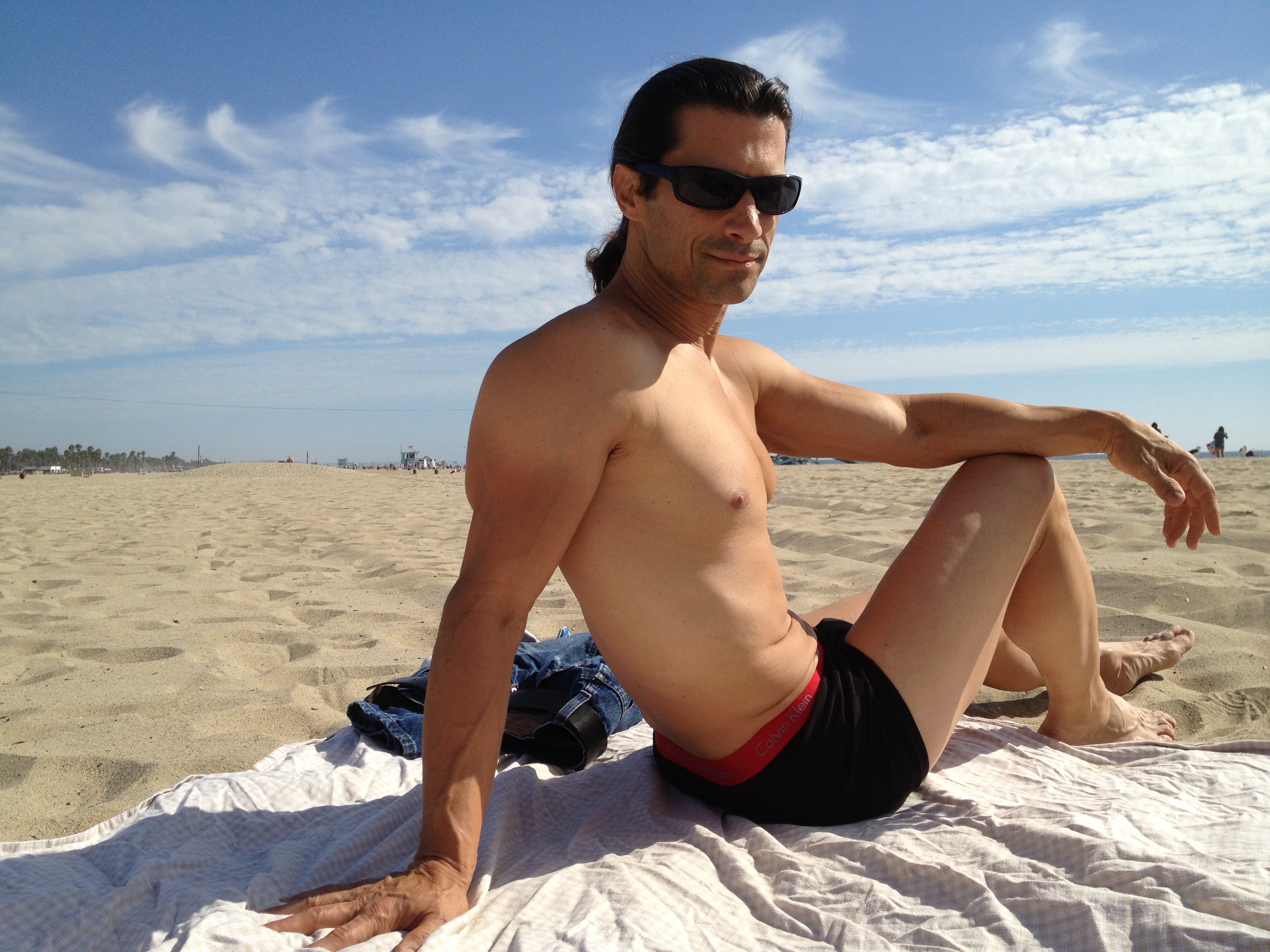 As soon as this guy sat down he looked over at me and said, “So what’a ya bench 350 pounds or something?” I smiled and said no, and then I asked if he ever tried yoga. I already knew the answer, but it was a way of breaking the ice about his size. He was at least 50 pounds overweight, and after a few facts about yoga I asked if he was trying to lose weight. “Yeah”, at least 50 pounds”, he said, “and I think I know what to eat and all that, like fruits and vegetables and no cakes and fried foods.” Cool, I thought, he’s on the right track. Then I asked if he had 20 minutes every morning to go for a brisk walk. “Walk right out your front door and keep going for exactly 10 minutes, then stop, turn around and walk back”, I said, “and there’s your mile of cardio to start every day.”

“But that’s not the problem”, he said. “I think I can’t lose weight because I drink a lot of beer every day.” Then I asked, “Like what…two six-packs a day?” He answered, “Yeah, that sounds about right”.

Now if you’ve read my sexy new memoir, Simply Between Millions: From Wall Street to Hollywood, you know I also liked my beverages until I quit 5 years ago. Because 12 drinks a day is a lot of alcohol for any one of any size. And I told this guy so, then I gave him a suggestion. I recommended the following: Take ½ of everything you are going to eat or drink – every single time you eat or drink – for the next 30 days and give it to a homeless person. That’s right – wrap up half your food and half your booze, every day for the next 30 days, and give it to a homeless person. “You’ll be helping them and helping yourself”, I said, “and I bet soon into the 30 days you’ll be eating and drinking a lot less; and I guarantee you’ll lose weight.” Somewhere between 5-10 pounds I surmised, and for the New Year that’s only 3 months away, I told my large friend he should set his sights on 3 beers a day for all of 2013. He just looked at me in disbelief and said, “Wow, wouldn’t that be cool.” Yes it would, which I sincerely reinforced with my final four words of encouragement, “You Can Do It”.

Anyone can, if you STOP feeling sorry for yourself and BELIEVE you can! Get started today with a new attitude and a new look on whatever it is you’re trying to accomplish. Especially the impossible.

And my special thanks go out to NY and NJ’s “Entertainment Bible since 1988” Steppin’ Out Magazine for featuring my poem on page 32 of their September 26th edition. A little something I wrote to help the ladies differentiate the good guys from the players called, “10 Ways to Avoid a Gigolo”. 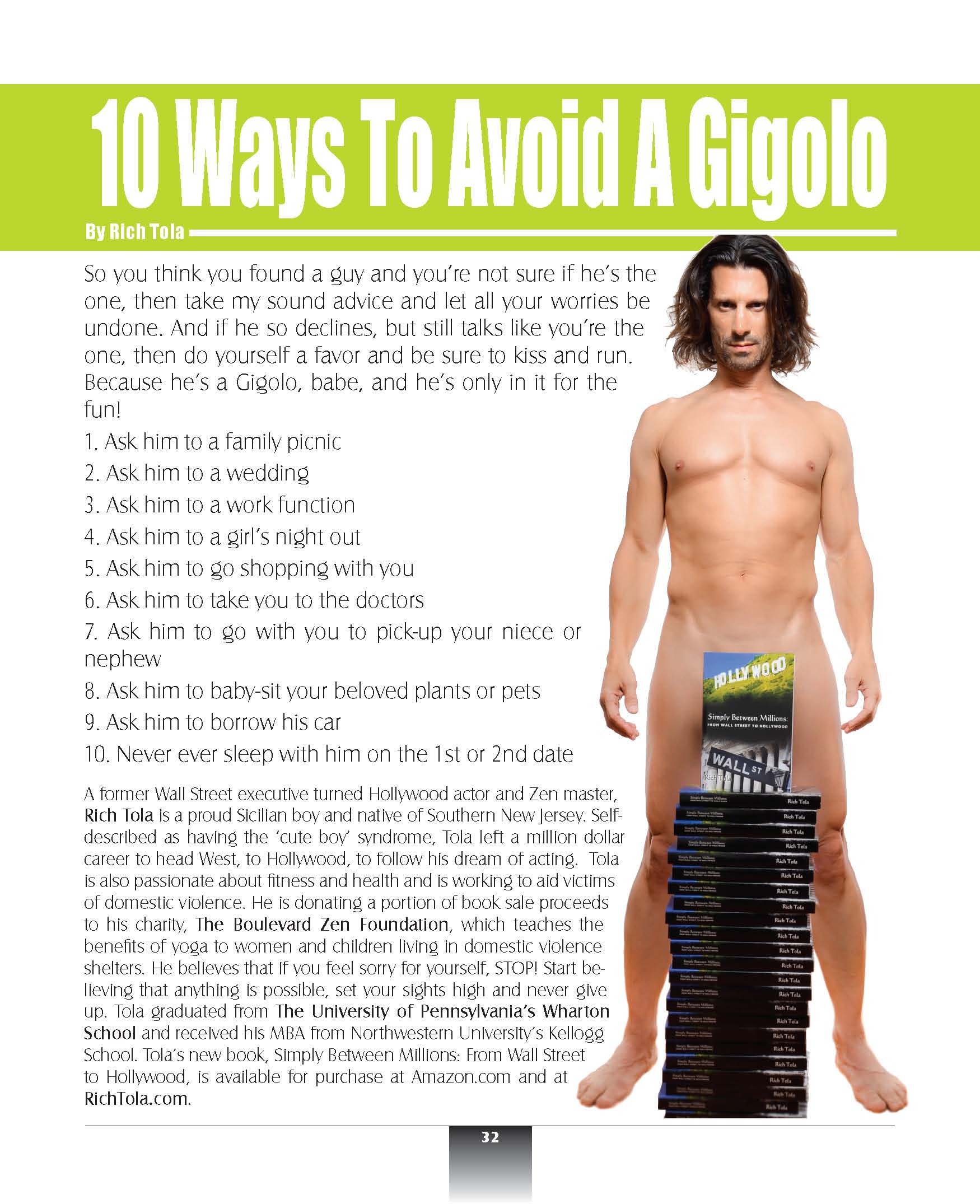 I received the nicest compliment at my gym this morning from one of the best built bodybuilders I’ve ever seen. For the past two months I’ve been working out everyday at Richie’s Gym in Brooklyn, and this guy’s physique is amazing. And if you’ve ever been to Richie’s, you know that it’s hard-core. 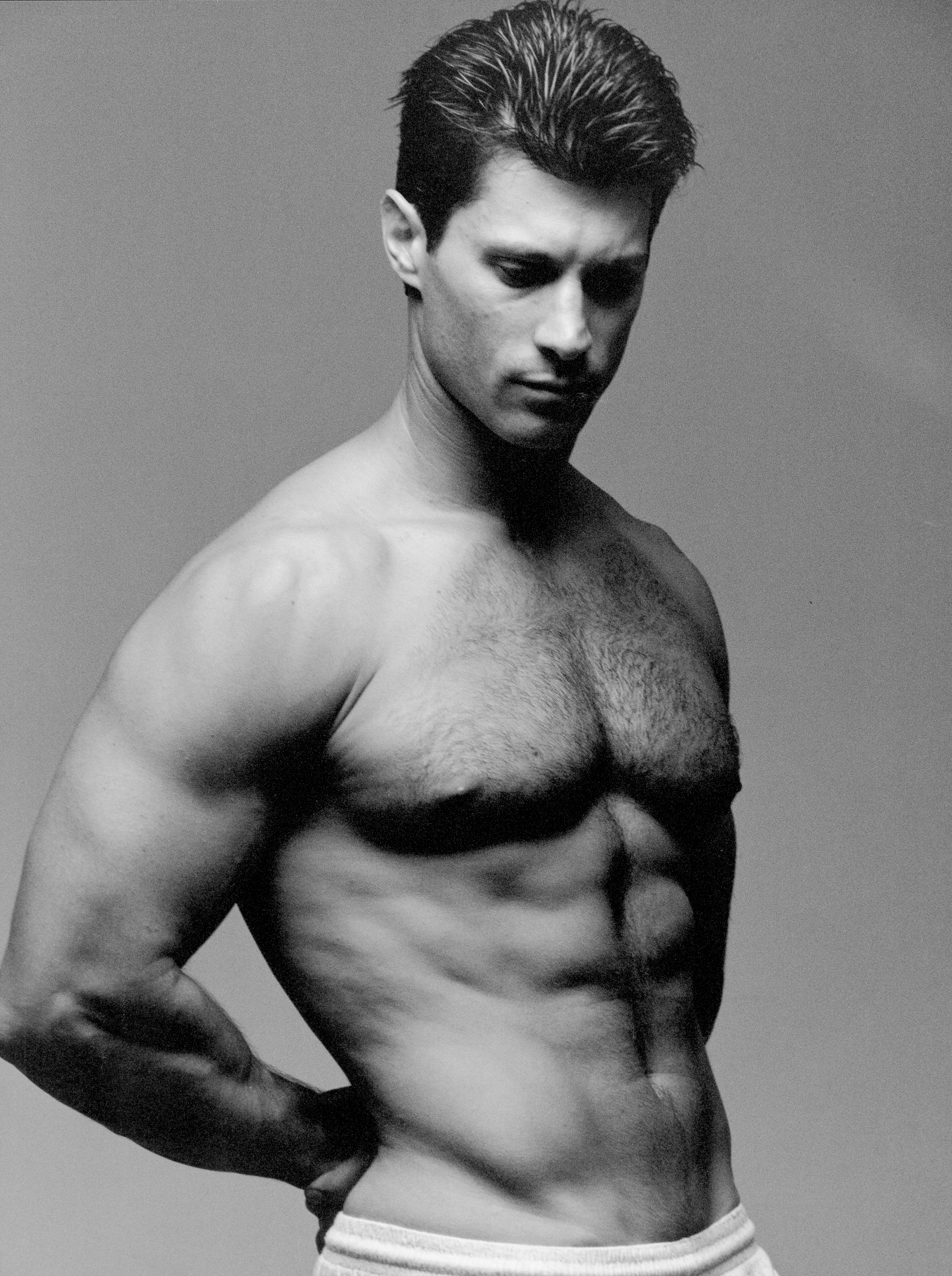 So when I went up to this twenty-something year-old monster to say goodbye and to say he reminded me of my days working out with Champion Phil Hill in the 80’s – which you’ll read all about in my memoir, Simply Between Millions: From Wall Street to Hollywood – he looked at me and said, “Shit man, you’re old, I thought you were 30”. Nice. Then I said thanks, but add another 20.

And in case you were wondering what I looked like at age 30, here’s a picture featured in my book. Oh, and the secret to drinking from the ‘Fountain of Youth’ starts with these three simple words: DAILY FITNESS PROGRAM

As I get ready to publish my rather colorful memoir, Simply Between Millions: From Wall Street to Hollywood, I like to give a shout out to my team at CreateSpace – thanks so much for all your hard work and for doing such a timely and professional job! It’s been a blast finishing my book in Hawaii, and come this Valentine’s Day you’ll have a chance to read my “fun and inspiring page-turner” as described by my psychic, Jeanie MacDonald (who appears in Chapter 64 – The Glass Tower). Because what’s an aspiring best-selling author without a vote of confidence from one of the world’s best psychics!

And if you need a little help restoring your body – and your daily fitness routine – today, here’s another 5 Minute Fat Burning Workout to put a spark in your day! Enjoy – R

Well my vote is in: hands down this year’s Oscar for Best Actress goes to…Michelle Williams in My Week With Marilyn. If I had to describe Michelle’s performance and her exquisite reincarnation of the beautiful and legendary Marilyn Monroe in two words, I’d say phenomenally awesome. Because she’s just that! And for someone who loves the “art of acting” and who sees almost every film out there – in the past two weeks alone I’ve watched MoneyBall (again), The Descendants, Mission Impossible, Girl With the Dragon Tattoo (twice), Sherlock Holmes, Young Adult, We Bought A Zoo, War Horse, and My Week With Marilyn – she certainly gets my vote.

And if you’re wondering what else I’m doing in Hawaii besides admiring the best films and acting performances of the year, I’m almost finished with my book, Simply Between Millions: From Wall Street to Hollywood. Which, by the way, has some pretty cool Cover Art that you’ll find quite fitting. So wherever you find yourself this holiday season, make sure to find time for the lovely and amazing Michelle Williams in a true-to-life story of Marilyn Monroe in My Week With Marilyn. You won’t regret it!

And what else you won’t regret is getting your daily workout in. Especially if your holiday diet calls for Godiva Chocolate Cheesecake or perhaps a little Tiramisu. But no worries, just take a quick break and slim down your waistline with my 5 Minute Fat Burning Workout #82 – Easy Abs. Enjoy – R

You know this old adage about beauty being subjective to each one of us, right? Well, that may be true for the rest of the world, but in Hawaii, beauty is everywhere to everyone! Today is my 10th day on the island of Oahu, and just like they say, it’s quite a paradise. Of course it takes time getting settled in a new place that I never visited and didn’t know a single soul who even lived here. But I’ve since met some really nice people and found a very pleasant place to live in the quaint neighborhood of Kaimuki – and a baseball’s throw away from Hawaii’s most recognized landmark, Diamond Head.

To add to my good fortune, I’m overlooking the Pacific Ocean as I write this blog. Two days ago I climbed Diamond Head State Monument and snapped this picture from the top of the 300,000 year-old saucer shaped crater overlooking Waikiki Beach and downtown Honolulu – and just after a rainfall, thus the beautiful rainbow. I came here to be inspired by this spiritual land as I prepare to publish my memoirs and to pursue life as an actor-filmmaker and yoga professional. So if you’re in need of a little inspiration today as you weather whatever climate you’re in, take notice of the Hawaiian beauty and don’t forget to get your daily workout in with some Lounge Chair Abs!