I remember it well, from the balcony on the 39th floor of my Midtown Manhattan office building located just 3 miles north of The World Trade Towers. Chapter 43 of my memoir, Simply Between Millions: From Wall Street to Hollywood, recants that fateful day 20 years ago today:

“As I write these words, it is exactly one week prior to the 10th Anniversary of the World Trade Center attacks. This is how I remember it:

It was the most beautiful of NYC days. Crystal clear blue skies and a coolness that made everything in the city feel alive. I was excited to go to work that day because I was giving my printer the thumbs up for my first mailing, The Tola Report. It was this fancy, four-page color flyer that was going out to more than 1,000 owners. I had spent the past six weeks getting it ready. Now it would be finalized and sent out directly from the printer. I also purchased two new suits and was excited to get them to my tailor on John Street. My tailor was less than 500 yards from the World Trade Center. I had planned to go there before I went to the office – he opened at 8 AM. But I was running late and the subways were crowded, so I decided to go straight to work and then go see him during lunch. I arrived at my Midtown office just before 8 AM.

If I had stayed on the Lexington Avenue subway line, I can only guess that I would have been at my tailor’s at exactly the time the first plane hit.

Our office had a balcony with an unobstructed view of Tower I and a partial view of Tower II (about half). As I was proof-reading my report for the last time, a senior broker, Zev, came running past me with a huge pair of binoculars. I would soon learn that he was a paratrooper in the Israeli Army and loved his military binoculars. He screamed, “Smoke’s coming out of the Tower”, as he ran by. I turned to look out my window and then at my clock radio that was playing the news. It was 8:44 AM, and there was still no mention of it. About three minutes later the reporter sounded confused when he said something about a small plane had hit the World Trade Center. I went to the balcony to check it out. A few other brokers and assistants had joined me, and others were in my office listening to the radio. We passed the binoculars back and forth, each taking a few minutes to look. Soon we were all staring at each other because we knew it wasn’t a small plane. There was way too much smoke pouring out of a huge swath of floors high up on Tower I. As real estate people, we strangely knew it would fall. Then a plane hit Tower II and it was chaos. Everyone in the office seemed to be running all over the place, onto the balcony, into my office, over to each other’s desks, until I found myself alone on the balcony.

Time stood still for the next two minutes as I secured myself so the binoculars wouldn’t move a millimeter. Then I focused my sights on Tower I. The stainless steel skin of the building, right below where the smoke was pouring out, was peeled away like a banana skin, arching away from the building, frozen in the air.

I then saw two men climb onto the steel skin, one behind the other, clinging for dear life, crawling away from the inferno. When the first man couldn’t go any further, he let go. As he plunged to his death, he did what appeared to be a backward swan dive. The other man soon followed, and when he let go, he grabbed his knees and slowly tumbled forward. I put down the binoculars and went inside. I’m not sure what happened next, other than I was on the balcony with a few others when Tower I fell. I didn’t have the binoculars, but I watched in shock as Tower I slowly crumbled to the ground. The same for Tower II – I was on the balcony and stayed until I could no longer see the horizon.

The next thing I remember, I was standing in the middle of Madison Avenue looking downtown at the smoke-filled sky. Cars were stopped dead in their tracks, doors open, people just standing there, screaming and pointing to downtown. If felt like a scene from a movie, as New Yorkers fled the streets not sure what to do. It soon felt like everyone was moving north. Me and two other brokers who lived in New Jersey walked north to my place. The entire time I looked back over my shoulder, trying to figure out what happened. All cell phones were dead, so it was word of mouth from the people in the streets. Once we got to my place, we put the TV on and set up camp. My apartment was busy with friends coming and going. By 6 PM, my broker friends had left, and fortunately, they both got off the island and made it home safely.

The next day, Jimmy V and I took the subway south to Canal Street. For some reason, we both needed to go there. The subways weren’t running past Canal, so we got out and walked east toward the Manhattan Bridge. Every street running south to downtown was barricaded with NYC policemen. We finally found a side street in Chinatown where we snuck by and made our way toward the rubble. It was at least a mile away. By the time we got to Foley Square, Jimmy V had an asthma attack. The air quality was bad, and of course, we shouldn’t have been there. Since he could barely breathe, we went down into the subway, just to get away from the polluted air. Twenty minutes later, we headed back.

What I remember most about our trip wasn’t the sounds and smells of the city that day. It was the two-inch layer of soot and ash delicately resting on the wrought iron fence surrounding Foley Square. It looked like really dirty, dry snow had fallen – it was eerie and yet strangely peaceful at the same time. I truly did feel my skin crawl that day. Something I won’t forget for the rest of my life.”

Have an awesome weekend everyone…and get your workout in!

Another great American city in my sights. Literally.

Love my nomadic lifestyle this summer, experiencing the unique flavors of Austin, Dallas and now Denver in less than 100 days.

The Mile High City is quite a wonder. Beauty, sunshine, Red Rocks (below) and healthy people everywhere, no doubt making Denver an amazing place to live. Not to mention cool neighborhoods to explore like 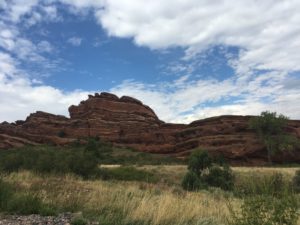 LoHi, Capital Hill, RiNo, Downtown, Baker, LoDo, West Colfax (where I live) and the Highlands. And don’t forget my favorite walking trail around Sloan’s Lake Park with an amazing view of the majestic Colorado Rockies (below). Simply awesome.

Special thanks to the Universe for allowing me the opportunity to traverse this great nation, and to all the friendly locals and business owners I’ve met along the way. 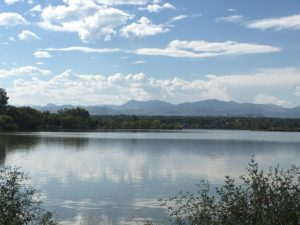 So take it from me…one who has called home to more than 12 major U.S. cites, if you find yourself with three months to spare, definitely check-out the splendor of Denver. You won’t be disappointed.

Have an awesome day everyone, and get your workout in.

Tola Talks about all things WTF today including the plane crash in Taiwan, the Chinese teen cutting his hand off to cure his Internet addiction, the 911 hero who saved a boy, plus the Super Bowl of Lip Syncs with Jimmy Fallon, Kevin Hart and Will Ferrell. Watch: youtube.com/tolatalks

Tola Talks about the legendary rapper, NAS, and his inspiring path to greatness. Rich also discusses Hanukkah and the controversial hack attack surrounding the new Seth Rogen & James Franco comedy, The Interview, plus gives the Get Your S#!T Together Award to the bozo in the gym who fell flat on his face while checking out a hot babe.

Tola Talks with fashionista Valeria Goncharova Barrett. On Throwback Thursdays, Rich takes us back to the highlights of 2001 – Including a tribute to the Heroes of 9/11.